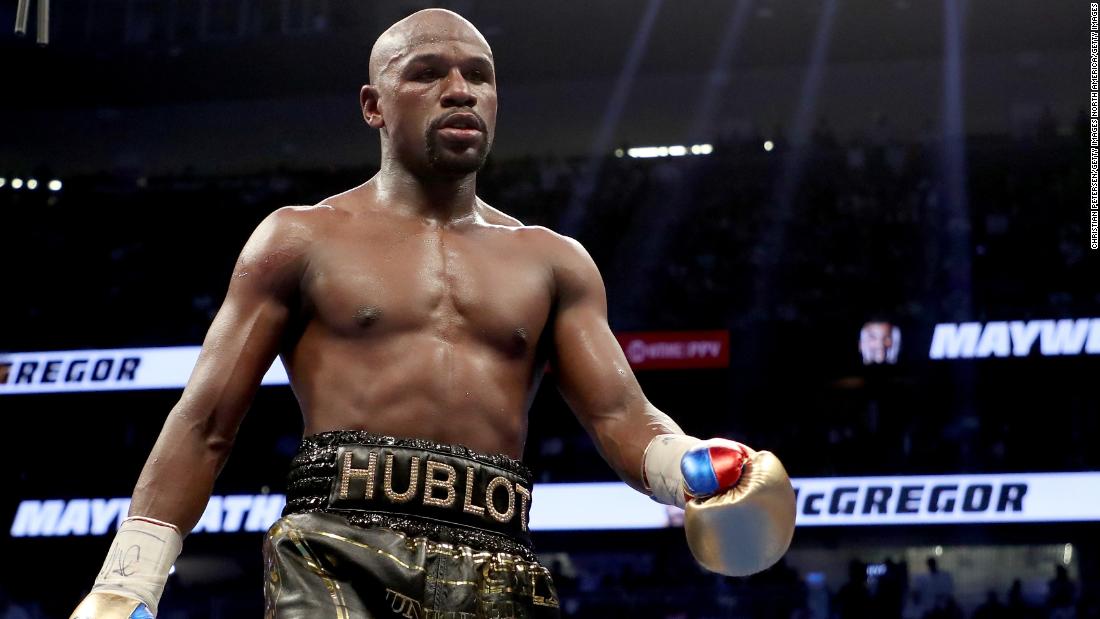 “Once I am in the square circle, I am in my home.”
– Floyd Mayweather

Floyd “Money” Mayweather Jr. is widely considered one of the most talented pugilists of the modern era of boxing and among the top 10 all-time greats in history. With a professional career that spans over two decades, Mayweather has amassed an impressive 50-0 record with several wins over legendary world champions of his time.

His unique style is equally as mesmerizing as his time in the sport, combining the eloquent grace of offense with airtight defensive skill. Mayweather is known for his impregnable defense, which has led to a career that has rarely seen him hurt. If the ‘Sweet Science’ is all about hitting while not getting hit, then Mayweather has embodied that philosophy.

Here are a few tips of Boxing from Floyd Mayweather :

What is Check Hook in boxing?

The check hook is a single lead hook thrown as an opponent is coming forward with a combination. The objective is to stop opponents dead in their tracks, usually to disrupt their rhythm and prevent any further offensive. It’s used much like a jab would be used, but with more power and with the intent to score a knockout.

It’s an ode to Mayweather’s Grand Rapids, Michigan roots, where he first learned how to box under his father and head trainer, Floyd Mayweather Sr.

What is Pull Counter in boxing?

The pull counter is a technique Mayweather likes to use to hit his opponents cleanly with his powerful right hand. The mechanics of the technique require excellent reflexes and skill to execute, however.

Start off by luring your opponent to commit and throw a punch or combination. What Mayweather typically likes to do is offer his head by lowering his guard. This causes opponents to take the bait and try to attack his head. At this time, Mayweather uses his catlike reflexes to pull his head back slightly to evade the punch, and then use the forward spring back momentum to generate added power for his counter right hand.

It’s a beautiful technique that Mayweather has perfected over the years, and when done right, it’s just an absolute joy to watch. It’s poetry in motion at its finest.

The pull counter is best used sparingly, however, to maintain the element of surprise. Most opponents will not see it coming, thus making the punch highly effective.

“If you fight angry, you make a lot of mistakes, and when you fight a sharp, witty fighter like me, you can’t make mistakes.”

What is Block and Counter in boxing?

One technique he likes to use is the block and counter. This basically involves Mayweather allowing an opponent to finish throwing his combination first, focusing primarily on defense, and then immediately throwing one or two sharp counters immediately after as his opponents are retracting.

With opponents not expecting Mayweather to return fire, that’s when the boxing maestro capitalizes on the opening and lands a handful of clean punches. This also bodes particularly well with the scorecards, as judges award merit for defensive execution, as well as offensive accuracy.

What is Lead Hand in boxing?

Boxing has traditionally taught to utilize the jab to set up combinations and power punches. Throwing the jab as the lead is then often delegated to a mere secondary weapon. Mayweather in all his boxing wisdom, however, has developed his lead hand into a Swiss Army Knife, offering opponents many different looks.

Timing and unpredictability with this technique are crucial, however, and if done right, it can confuse many opponents and throw them off rhythm.

There are many ways Mayweather likes to use the jab — as a power jab, as a range-finder, as a set up for combinations, or as a defensive tactic. He also likes to throw in lead hooks and check hooks as well, sometimes in succession.

By doing this, Mayweather’s opponents are always wondering what kind of lead hand Mayweather will throw next, and it’s very hard to anticipate and predict.

“I may throw a flicking jab, any kind of jab, then come quickly with the right hand.”