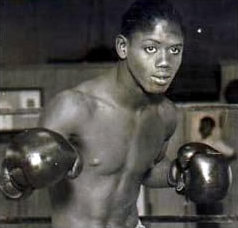 Boxing is one of the most popular sports in Cuba, and the people are truly passionate about the art of pugilism. Over the years, Cuba has emerged as one of the greatest boxing nations in history.

Boxing was originally introduced in Cuba as a tourist attraction, when world champions from all over visited the country to showcase their skills. The first professional fight in Cuba took place in Havana in 1909. A year later, John Budinich built the first boxing school in the nation’s capital. However, the government banned the sport due to increased violence on the streets.

As a result, fights took place behind closed doors, illegally, and the sport grew immensely in popularity.

In 1921, the Cuban government gave boxing another chance, establishing a national commission to oversee the sport. From then on, Cuba enjoyed a rich boxing tradition that saw many great fighters emerge from the island nation.

Gerardo González, more popularly known as “Kid Gavilan” competed against the very best in boxing’s welterweight and middleweight divisions between 1943 and 1958. Within this 15 year period, Kid Gavilan produced a standout 108-30-5 professional record, with 28 knockouts.

Cuban fighters have long been known for their technical ability, and Kid Gavilan was an absolute master in the ring. He became famous for having popularized the “Bolo Punch,” which he used effectively in his performances.

Eligio Sardinas, more popularly known as “Kid Chocolate,” was a wildly successful super featherweight between 1927 and 1938. As an amateur fighter, Kid Chocolate engaged in any fight he could participate in, and he had loads of experience by the time he turned professional.

Also nicknamed “The Cuban Bon Bon,” Kid Chocolate went undefeated in his first 56 fights, ending up with a 55-0-1 record before suffering his first setback against Jack “Kid” Berg in August 1930, in a fight many experts argue he had won.

In the prime of his career, Kid Chocolate equaled the all-time greats like Fidel LaBarba, Christopher “Battling” Battalino, Tony Canzoneri, Bushy Graham, Al Singer, and Lew Feldman, among others — all highly-ranked opponents of his, and elite fighters and legends early in the sport.

In fact, Kid Chocolate’s bouts against Canzoneri were some of the most exciting fights ever recorded. If you haven’t seen them yet, check one out in the video above.

When his time was done, many other fighters in history donned the “Kid Chocolate” moniker, but he was the original.

Luis Manuel Rodriguez, more popularly known as “El Feo” which translates to “The Ugly,” was a Cuban professional boxer, and one of the best welterweights in the history of the sport. He was the first welterweight in history to actually win the WBA and WBC world titles and not be awarded them.

In 1963, he held the WBA, WBC, and lineal welterweight titles. In 1969, he challenged for the WBA and WBC middleweight belts, but lost to Nino Benvenuti by knockout.

Like many fighters in the country, Rodriguez left Cuba after Fidel Castro banned professional boxing in 1961. Rodriguez would later on compete in the United States, fighting out of Miami, Florida.

After a stellar career, Rodriguez retired in 1972, ending with a 107-13 professional record, including 49 KO’s. He was inducted into the International Boxing Hall of Fame in 1997. In 2009 Ring magazine ranked Rodriguez the third-greatest Cuban boxer of all time.

Jose Angel Napoles, more popularly known as “Mantequilla” which translates to “Butter,” was actually Mexican in descent but born and raised in Cuba. He made his professional debut in Havana against Julio Rojas, and competed between 1958 and 1976, going 24-1 to start his career.

When former Cuban dictator Fidel Castro banned professional boxing in 1961, Napoles turned to the country of his heritage and became a Mexican citizen, fighting out of Mexico. Despite this, Napoles is regarded as one of the greatest Cuban boxers of all time.

One of the reasons Napoles was so well-loved by fans was because he never cared for superficial accomplishments. All Napoles wanted to do was fight and dominate foes in the ring, and give the fans a show.

Nicknamed “El Cepillo,” Joel Casamayor competed professionally between 1996 and 2011, and is a fighter fresh on the minds of boxing fans in the last two decades. He was a two-division world champion, winning world titles at super featherweight and lightweight.

He held the WBA super featherweight belt from 2000 to 2002, and the WBC and Ring magazine lineal lightweight titles between 2006 and 2008. As an amateur fighter, Casamayor captured gold at the 1992 Olympics as a bantamweight. He later defected to the United States in 1996.

Notable victories include wins over Jong Kwon Baek, Nate Campbell, Diego Corrales, Lamont Pearson, and Michael Katsidis. He later lost bouts to Robert Guerrero and the legendary Juan Manuel Marquez, but that was because he was past his prime, and those fights took place late in his career.

His last fight took place at the MGM Grand in Las Vegas against then-undefeated rising star Tim Bradley in 2011. It was for the WBO World Super Lightweight Title. Casamayor lost via eighth-round technical knockout.