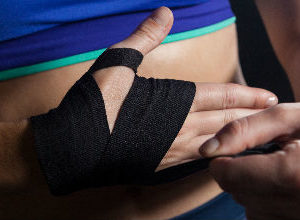 In boxing, it is about the obsession of getting the most from yourself:
wanting to dominate the world like a hungry young lion.

The truth is the stance and guard of every boxer is different – but the underlying principle remains the same.
Every stance, written in a boxing manual or displayed by any boxer, is or was designed to emphasize a particular offensive or defensive point or to make the most of a particular fighter’s build.

What is Classic Guard in boxing?

“I was not athletically inclined. I was very quiet, introverted, non-confrontational. My three older brothers were athletes – basketball, football – but I was kind of a momma’s boy. Then one day, my brother Roger encouraged me to go to the boxing gym with him. I tried the gloves on, and it just felt so natural. “

What is Peekaboo Guard in boxing?

This is a variation of the classic guard made famous by trainer Cus d’Amato and Floyd Patterson.

“It’s less about the physical training, in the end, than it is about the mental preparation: boxing is a chess game. You have to be skilled enough and have trained hard enough to know how many different ways you can counterattack in any situation, at any moment.”

What is Crouch guard in boxing?

This is a peekaboo guard variant favored by aggressive body punchers.

What is  Jeffries crouch in boxing?

What is  Philly Shell guard in boxing?

This interesting guard variation calls for carrying the lead arm in a shoulder roll position. It is excellent for body protection and for delivering hooks. It is a somewhat poor guard from which to throw jabs.

“Champions aren’t made in the gyms. Champions are made from something they have deep inside them – a desire, a dream, a vision.”

What is Cross guard in boxing?

This is essentially a hybrid between a crouch guard and a Philly shell.

Well, these were the different guards usually practiced at boxing.
Choose your stance and guard wisely. It is one of the single most important factors in determining your success – adjust it according to your body posture.

How People search us: